Well as usual, I am just storing a post to keep track of some practices. As I know that maybe in 6 months or 2 years, I may have to do this kind of quick and dirty job again.

My issue was the following:

I have data stored in a third party API and due to budget cuts, I need to backup and migrate this data to a less expansive solution. In order to do so, I have made up a small “ToDoList” where I have written down the following steps :

For the step 1, I had to mock-up the JSON output of the API and generate fake data with the help of json-generator.com. I give also the website that I am using to validate the JSON structure : jsonlint.com

The files are the following:

The files can be found @https://github.com/bflaven/BlogArticlesExamples/tree/master/parse_json_inject_mysql

Create JSON with the JSON Generator 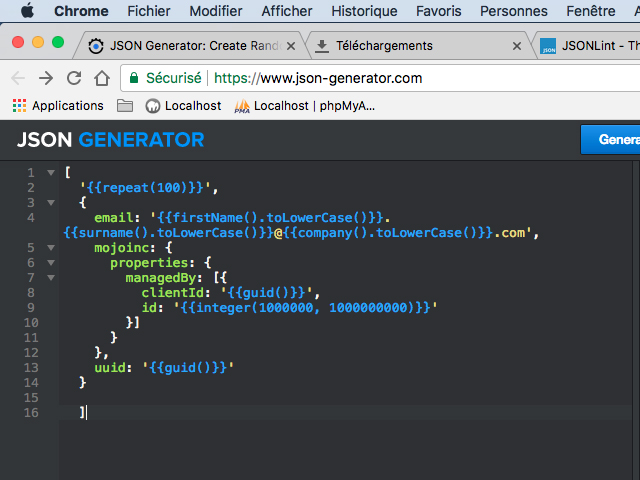 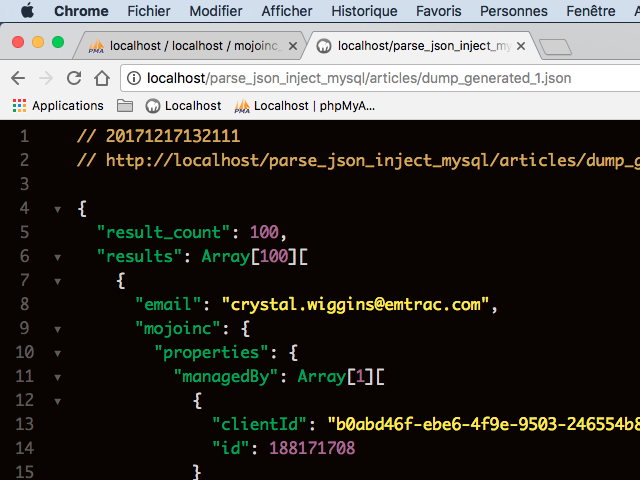