It is true I have given a title to this post that sounds like a user story of somebody who want to make name dropping. In a sense, it is true but it is for SEO purpose. The story behind is absolutely genuine : I wanted to explore testing on an API with the help of Postman and Chai! But as usual, this question is followed by another one: what API can I test? Some posts quoted below goes for an existing API such as Twitter for instance. As one thing led to another, I have decided to first build an API with the help of json-server and faker and then test this freshly born API with Chai-JS, Postman. I added at the very end Newman, just to have the cool triptych, a kind of holy trinity of API testing 🙂

The code is on github @https://github.com/bflaven/BlogArticlesExamples/tree/master/to-test-a-mockingapi

I found the easiest way to build-up an API with json-server. It is straight forward, the downside is that API is very primitive.

The idea is to installed json-server and create a dir for you API, then you create a json file that will “host” the datas. In my case, the file is called users_russian.json.

The fun part came with the usage of Faker, it is always fun to generate fake content especially in foreign language. I have decided to go for Russian.

2. Create a directory for your future API. Mine is called to-test-a-mockingapi

3. Get in the directory

4. Create a json file. Mine is users_russian.json

5. Add one line to users_russian.json

6. To load the json into the json server:

After these 6 steps, you have a fully functional API, able to make basic CRUD operations (Create, Read, Update, and Delete)

Let’s have fun with Faker

The idea is to generate a lot a fake content : first to avoid implementing real data, second avoid manually populating data in your API, this is exhausting.

Sample of Russian users made with Faker 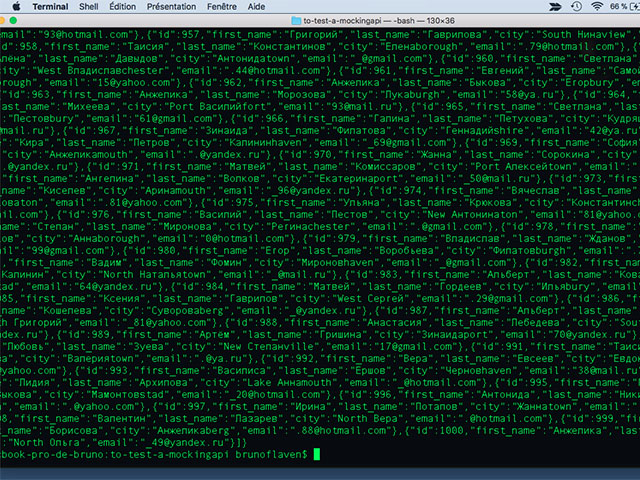 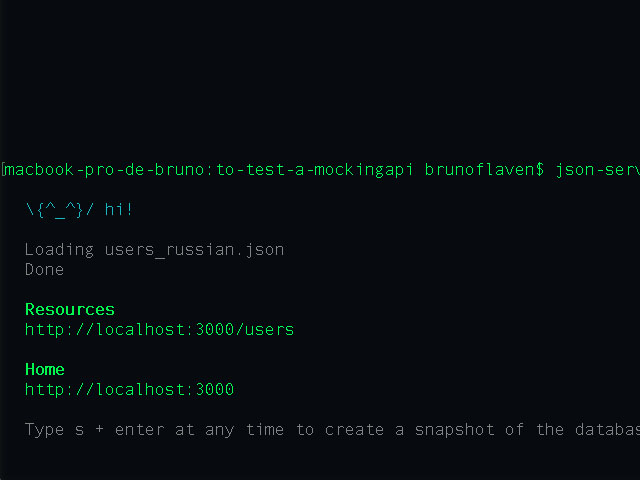 Show me the fresh API in a browser 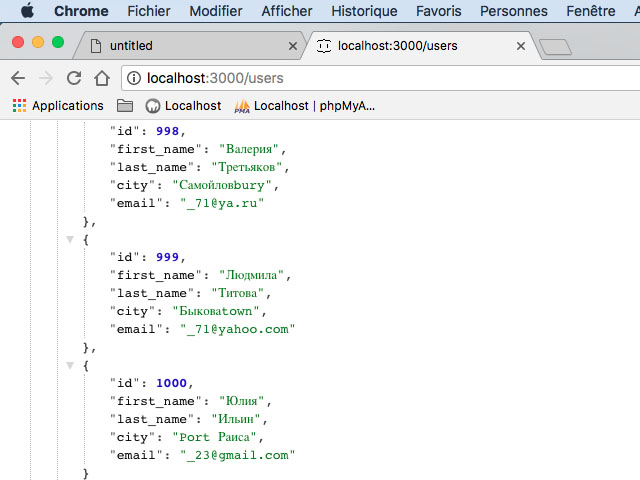 Show me the fresh API in a Postman 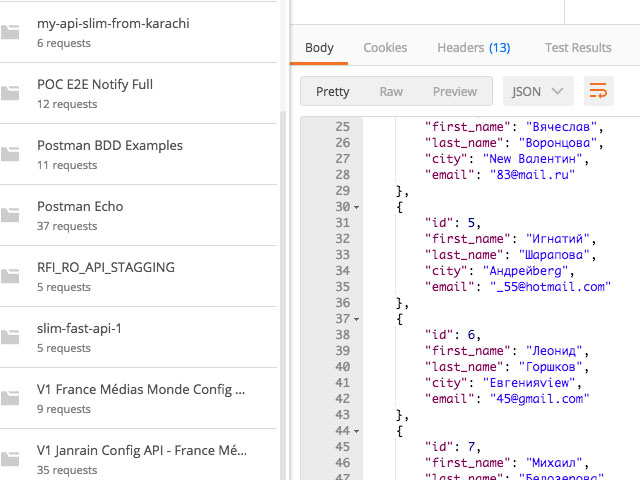 The CRUD operations: GET one record of the API via Postman 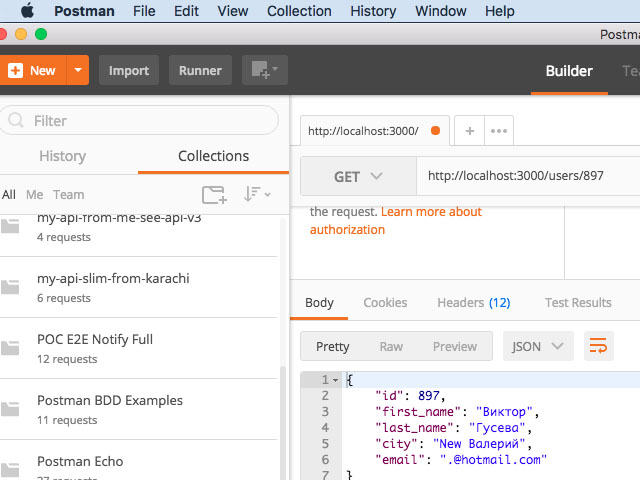 The CRUD operations: POST one record of the API via Postman 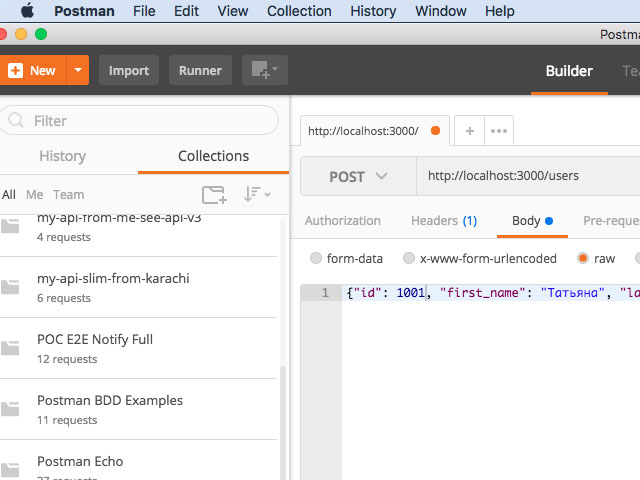 The CRUD operations: DELETE one record of the API via Postman 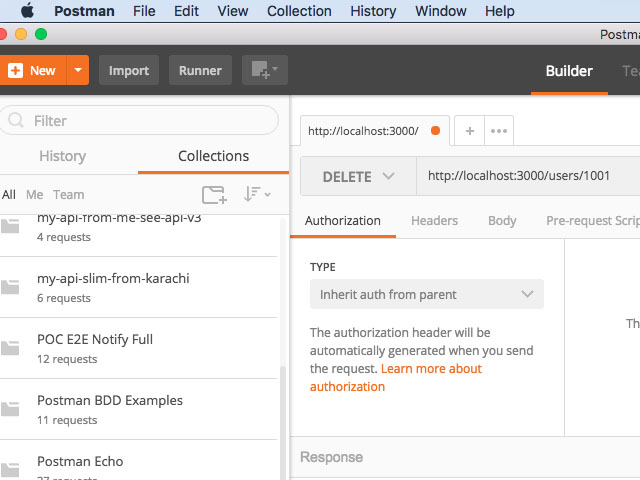 The CRUD operations: PUT (update) one record of the API via Postman 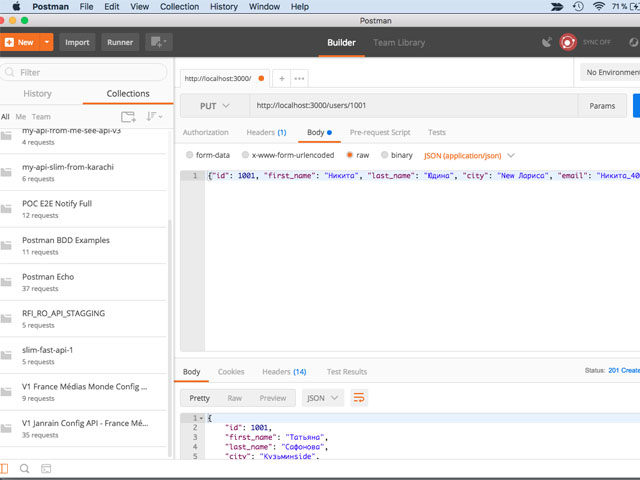 Check the activity of the json-server via the console 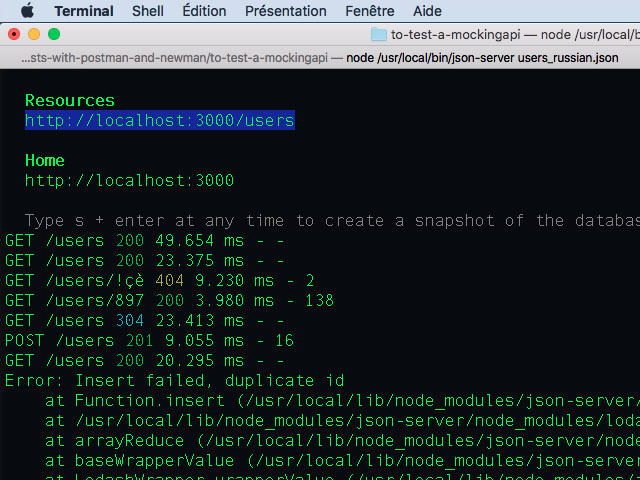 You have fully functional API with all the CRUD operations. Let’s make some test now with Chai.

You need to create an development environment (DEV ENV) in Postman. Very easy, just enter this variable and make the query the first of your test.

I have called the DEV ENV postman_bdd_env

Writing tests with Postman BDD. This is made with Chai-JS. 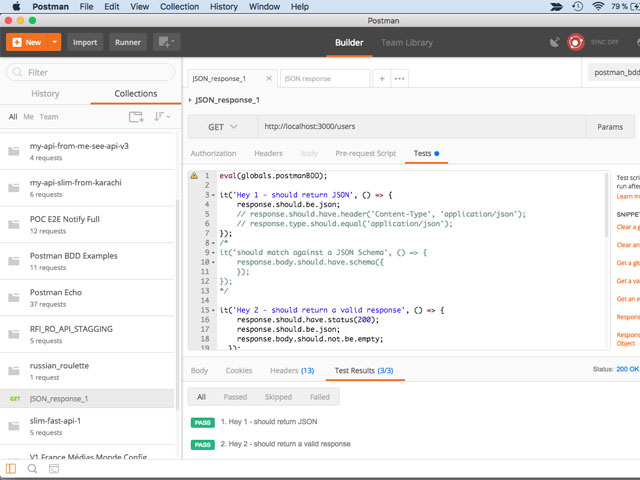 Quickly, here what they say about Newman, I just quote.

Postman has a command-line test runner called Newman. If you prefer the CLI instead of a GUI, then this the tool for you. It’s also ideal for continuous-integration and continuous-delivery testing. Just like the Collection Runner, you can run your entire suite of tests, or just a single folder. You can load data from a file, and even write the test results to an output file in various formats (JSON, XML, HTML).

When you have exported your collection, just run this command. My collection is called russian_roulette.postman_collection.json

Launching a test collection (russian_roulette.postman_collection.json) via Newman. It fails! 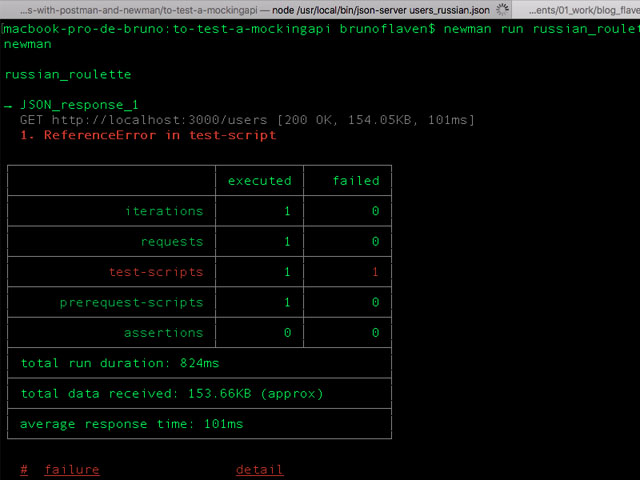 To proper launch your tests collection (russian_roulette.postman_collection.json), you need to make a first call to {{postman_bdd_path}} aka postman-bdd.min.js 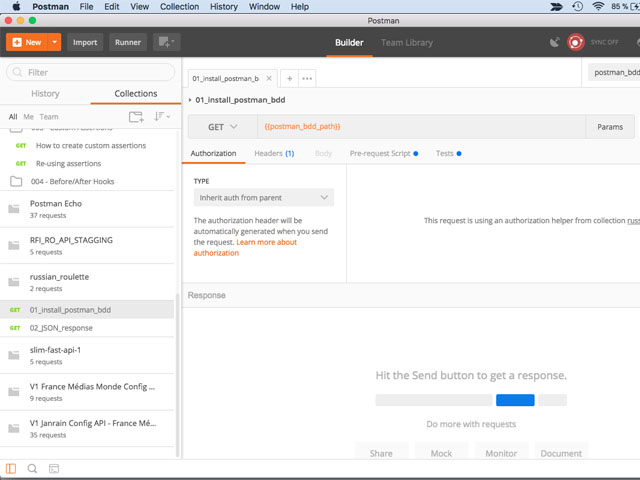 Launching a test collection (russian_roulette.postman_collection.json) via Newman after the correction. It works! 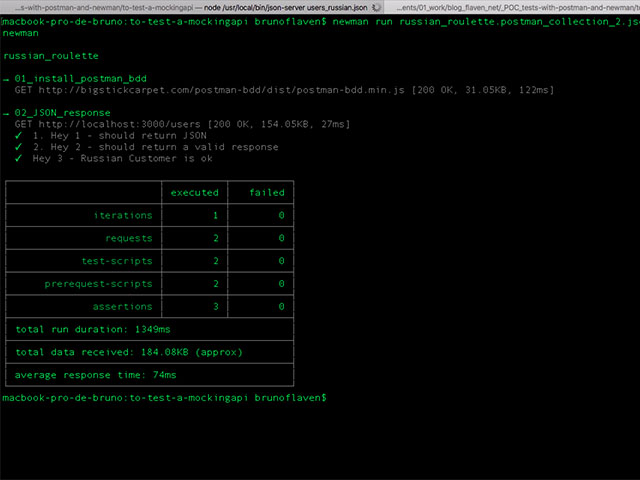 Conclusion : Very useful and promising for anyone who dare to develop an API and remember little grasshopper “to test is to doubt”.