Since few months, as I am working on new back-office made with Symfony, I tried to explore the best way to share information with the minimum of repeatedly work. The documentation is gathered mostly for user support. It should be available for any kind of users from end-users to training people through developers and in especially in any format (pdf, html…) without depreciations.

You can find the files on GitHub at
https://github.com/bflaven/BlogArticlesExamples/tree/master/using_pandoc

To solve these common issues, I headed to video tutorials as it is the best way to share as no one is reading anymore 🙂 but I still had a lot stuff written and unexploited! To make it shareable at least, I have converted them into markdown format as it seems the format commonly accepted by developers. This format, I discovered it through an intensive usage of GitHub.

Still, making a documentation is an hassle, in particular if you want to release in the end a manual in pdf for instance. At the very beginning, with the markdown, I had low expectations in term of design and appearance. Even though I was making progress in markdown coding, the more my document’s markdown structure becoming complex the less the output in pdf for instance was satisfying!

For the conversion from readme to pdf, I discovered and used Pandoc, a great tool however if you want to make a true layout for a pdf for instance, better used a desktop publishing software like Scrivener or even InDesign for instance.

If you need to install Pandoc on a Mac, Homebrew remains the best way to do it!

To ease the creation, let’s create a Makefile to automate the delivery. You can find it in the github account.

All the files will be created in a directory named output

I must admit Pandoc is pretty powerful to generate all kind of document on fly with the help of a makefile. For instance, if you are quoting code in your book e.g ruby, javascript, php… The rendering is almost as good for syntax highlight as a text editor like Sublime or Visual Code or even Polacode for Visual Studio Code. Yes, it is definitely essential for documentation, it is easy and quick but for layout a real book, I ‘d rather use another software like Scrivener. 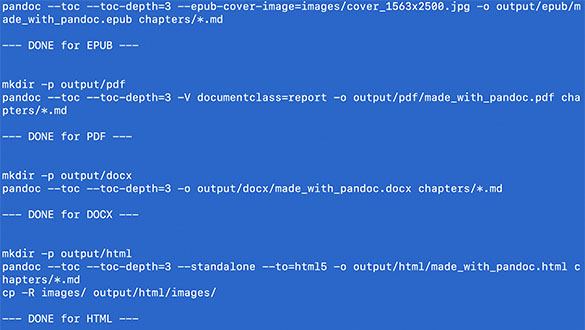 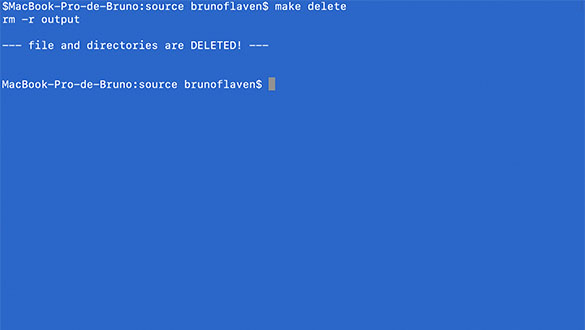 Editing the epub with calibre 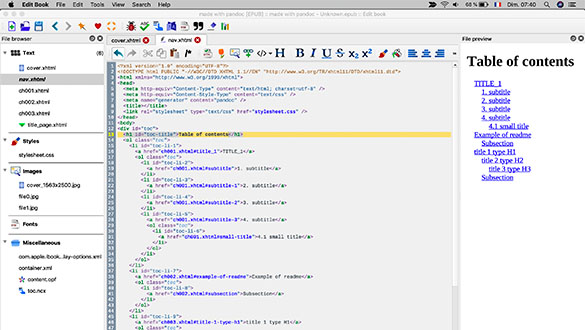 Output of a code extract in a PDF produced with Pandoc from markdown file. 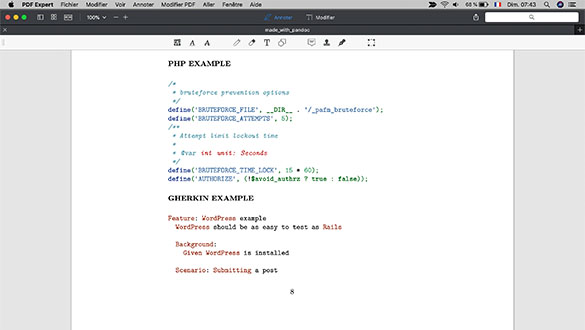 A picture inside the pdf with a legend 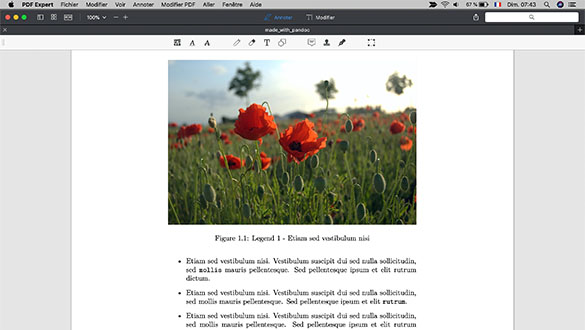 The front page for the epub 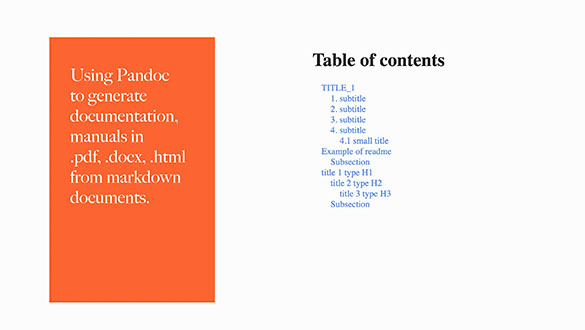 A code extract captured with Polacode from Visual Studio Code 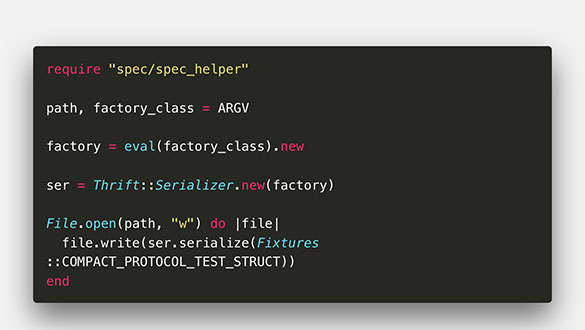