If you are not a statistician but you want to get to grip with data-science like me, I have just applied these 2 simple advices. Here what they are :

Like often, I will be using Streamlit to explore the CSV and generate the reports with the help of SWEETVIZ or PANDAS PROFILING.

All the files are available on my GitHub account https://github.com/bflaven/BlogArticlesExamples/tree/master/streamlit-sweetviz-pandas-profiling-eda-made-easy

I. Other remarks regarding Streamlit

I have noticed in most applications, made with Streamlit, resorted to upload in order to provide a source for potential analysis e.g for an EDA. Here is a quick reminder why I am not using upload feature in my Streamlit applications. For personal reasons, I’d rather like parsing CSV files than uploading it as source files. It is also because, my personal usage is to run these apps on a local computer for personal usage as a productivity tools.

Let’s start giving some simple definition both for Dataset or EDA.

First, I am oversimplifying a definition because the word “Dataset” is key. So, what is the dataset? To say it simply, a dataset is a table with columns. Each of these columns has a title and contains a series of numbers vertically.

III. Did you ever heard the word EDA?

EDA is to the Data Scientist what “Pan, Shovel and Pickaxe”* was to the prospector during the Gold Rush! ESSENTIAL.
*an old version of PSP 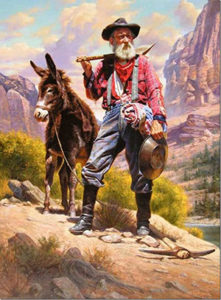 A mid-life data scientist equipped with his tools: Pan, Shovel and Pickaxe assisted by his young trainee.

This preliminary exploration of the data is essential. It is a prerequisite before submitting this same data to Machine Learning and Artificial Intelligence algorithms. Depending on the nature and amount of data you have, the exploration work can be tedious and time-consuming! You bet. This is where libraries like PANDAS PROFILING or SWEETVIZ can speed up a bit the data process and help you out to detect: outliers and anomalies, data’s quality, statistical models can fit the data… and so on.

IV. EDA can be tedious… (tedious_manual_eda)

Let’s start with an example with a very basic data exploration. It can be time consuming if you want extract relevant information. Nevertheless, the advantage of do-it by yourself will provide you a good chance to fully understand all the operation required for a EDA.

Check out the directory tedious_manual_eda

The example is extracted from this article : https://towardsdatascience.com/exploring-a-data-set-with-simple-pandas-and-plot-visualizations-features-73901ee76c6c

For PANDAS PROFILING: I have just made a quick search but there is no noticing about it. It is mainly official documentation.

Check out the directory streamlit_eda_made_easy_pandas_profiling_4

For SWEETVIZ: there is great article, very educational and accessible, it deserves to be underlined: https://coderzcolumn.com/tutorials/data-science/sweetviz-automate-exploratory-data-analysis-eda
Check out the directory streamlit_eda_made_easy_sweetviz_3

A great and robust library that do the job one for all. It generates automatically a tremendous amount of information about the selected dataset. At the end, it outputs a nice interactive and structured report named “Pandas Profiling Report” with the following topics : Overview, Variables, Interactions, Correlations, Missing values, Sample. An handy “swiss army knife” to investigate quickly dataset and generate clean report.

All my knowledge came from this article: https://coderzcolumn.com/tutorials/data-science/sweetviz-automate-exploratory-data-analysis-eda. Again, I strongly invite you to read this article that is the best I have found on the web. I have just extended some elements from this article by giving some information and migrate the all stuff presented into Streamlit framework.

This library is a bit more complex. Like I said before I found a an in-depth article on “coderzcolumn.com” that present most of the assets that you can withdraw from a dataset with the help of SWEETVIZ. I will try to explain with my own simple words, my understating both of the library and the article.

So we start by describing each functions available in the library SWEETVIZ.

(ii) Leveraging on scikit-learn toy datasets
In its great leniency, scikit-learn provides toy datasets that will be helpful to instantiate both comparisons column vs column, table vs table…

The Toy datasets used in this article like in the source are: Boston house prices dataset and Diabetes dataset

Check 009_streamlit_webapp_sweetviz.py, below each line you will be able to output the report

This button is very interesting and helpful. When you click on it, you can see a correlation “heatmap” showing the correlation between all features of the dataset and only numeric features.
How can read this heatmap at a glance? It has either squares or circles present in each tile. The circles represent Pearson correlation in the range [-1, 1] and so the next question is what is Pearson correlation !!?? See the point below.

I can not say it better than the other article so here is the extended extract to give an in-depth “heatmap” interpretation.

The underlying idea is to designate a target variable (target) then to test the correlation of all the variables of the sample (dataset) with respect to this variable designated as target.

This analysis is specific, the main purpose is to “skip columns “proline” and “magnesium” from original dataset and instructed to use WineType column as numerical using FeatureConfig constructor.”

This time, the game is to “not to include pairwise relationships between features.” As a consequence, it exclude the button “Associations”.

The target variable tab is “painted in black” to differentiate it from other columns. It is handy because it will help
you to understand “the relationship between the target variable and feature based on feature values.”

This time is idea is to leverage on the ability of SWEETVIZ to compare two datasets. It will show a different distribution of data between two datasets.

You can also compare train/test, train/validation, test/test and validation/test datasets. So, SWEETVIZ let us generate EDA for two datasets using compare()* method. It’ll show EDA for datasets next to each other.

The idea is to divide the diabetes dataset into train (80%) and test (20%) sets using scikit-learn’s train_test_split() method and then it will compare these two datasets.

You can then change the method and perform different comparison EDA.
For instance, that is the purpose used for the EDA with the Boston housing dataset. The CHAS variable inside of the Boston hosing dataset has boolean information about whether houses are on the bounds of a river or not.

Then, it will be possible with the compare_intra() to divide into two datasets based on boolean values of column CHAS and generate EDA comparing those two datasets.

All these methods have a unique purpose to generate easily reports in HTML quickly and with relevant key indicators on any type of dataset. For sure, SWEETVIZ do the job greatly! That is one of the best tool for EDA generation.

VII. EDA made with a Class (streamlit_eda_made_easy_1)

On GitHub, you can find different approach to build up an EDA. Here is one made by Marina Ramalhete from Brazil that is pretty advanced as is it designed with a Class. I have rework few elements to make it more readable and deliver more contextual information when checking the data. You can check the original repository at https://github.com/marinaramalhete/Exploratory-Data-Analysis-App

Check out the directory streamlit_eda_made_easy_1

Check out the directory streamlit_eda_made_easy_2

Few things or commands that I have used during the post writing process and I want to keep track of it.
1. Command to create a requirements.txt for your python project.

2. In python, grab filename and split it